The government of Bahrain has nominated Ambassador Yusuf Abdulkarim Bucheeri as its candidate for the 2021 Presidency of the UN Human Rights Council (HRC). This development has placed a spotlight on an unprecedented battle for the presidency of the body which is usually reached by consensus.

Much of the media coverage focuses on the efforts of Saudi Arabia, China and Russia to use this as a ploy to block effective human rights scrutiny and reform the UN body. However, it is paramount to highlight just how damaging it would be to appoint a Bahraini diplomat as the head of the HRC given the Bahraini Government’s highly criticised human rights track record. In his opening speech of the 36th session of the Human Rights Council on 11 September 2017, the United Nations High Commissioner for Human Rights, Zeid Ra’ad Al Hussein, voiced his concern over the significant deterioration of the situation of human rights in Bahrain and spoke of the failure of the Bahraini government to engage constructively with and implement the recommendations of the HRC, the OHCHR or with the various UN Special Rapporteurs. Furthermore, as we commemorate the 10th anniversary of the crushing of the movement for human rights and democracy in Bahrain, we must also remember distinguished Bahraini human rights defenders, such as Abdulhadi Al-Khawaja and Naji Fateel, who continue to be unjustly imprisoned.

Abdulhadi Al-Khawaja served as the Front Line Defenders Protection Coordinator for the Middle East and North Africa between 2008 and 2011, implementing programmes which brought much needed support to human rights defenders across the region. On 9 April 2011, Bahraini authorities arrested Abdulhadi Al-Khawaja as part of a campaign of repression following months-long pro-democracy mass protests. After his arrest, the human rights defender was subject to physical abuse, which ultimately required surgery.

As established by the Bahrain Independent Commission of Inquiry (BICI) report, there was a general pattern of mistreatment of those detained in connection with the events of February and March 2011. The BICI also reported the use of systematic torture when conducting interrogations to extract information and, in some cases, confessions. Many of these techniques, which were used on a daily basis over a period of weeks and months, included severe beatings, forced standing, use of electro-shock devices and cigarettes, falaqa, verbal and sexual abuse, sleep deprivation, threats of rape, hanging and other humiliating and degrading techniques. The BICI recommended that those charged with offences related to non-violent political expression have their convictions reviewed and sentences commuted, or in certain cases, have outstanding charges against them dropped.

Since June 2016, authorities in Bahrain dramatically escalated their crackdown on voices of dissent. In July 2018, the Human Rights Committee noted its concern over a large number of reports of reprisals against Bahraini defenders and journalists, in particular when they collaborated with the treaty bodies and the HRC. This included travel bans for human rights defenders to prevent them from participating in the Human Rights Council session in March 2019.

Before Bahrain’s mid-term review was submitted in November 2019, civil society organisations implored Bahrain to use the UPR review to reassess its trajectory by engaging with the OHCHR, most notably by acknowledging and acting on repeated recommendations, such as a declaration of a moratorium on the death penalty, or the release of one or more prisoners as a start to a more comprehensive reform agenda. In September 2020, before the 45th session of the HRC, a joint letter was addressed by civil society organisations to the Member and Observer States of the United Nations Human Rights Council Delegates, regarding Bahrain. It underlined that despite Bahrain occupying a seat on the HRC since 2018, the situation in the Kingdom had worsened significantly. They stressed the necessity for Bahrain, as a Council member to, “uphold the highest standards in the promotion and protection of human rights, and fully cooperate with the Council”.

In November 2018, five UN experts sent an allegation letter to the government of Bahrain which expressed their concerns regarding human rights violations that were being upheld by the Criminal Investigations Directorate of the Ministry of Interior. The letter also addressed human rights violations, specifically in the Zulfiqar Brigades case. Bahrain’s refusal to cooperate with the UN’s Special Procedures extends beyond denying Special Rapporteurs visits, to contradicting their work and statements and failing to respond to their communications. In 2017, Sayed Ahmed Al-Wadaei, and three other prisoners were the subject of a joint urgent appeal written by the Working Group on Arbitrary Detention and five UN Special Rapporteurs. The Government of Bahrain responded stating that all the procedures followed with respect to Sayed Nazar Alwadaei were in accordance to the law.

The most recent Special Procedures visit to Bahrain took place on 25 April 2007. Prior to the 2007, the last report written on Bahrain by the UN Special Rapporteur on torture was in 1999, in which the Rapporteur stated that he was concerned about the continuous allegations of torture and that he requested an invitation to visit the country. His concerns arose from the Bahraini government’s failure and refusal to adequately address and investigate allegations of torture committed against prisoners in custody by security force officers.

It is clear from the above that the appointment of a Bahraini Government representative to serve as President of the Human Rights Council would seriously damage the credibility of the institution and undermine global efforts to promote and defend human rights. Front Line Defenders urges all members of the Human Rights Council to indicate that a candidate from Bahrain is not acceptable at this time and to ensure that a credible candidate is elected as President of the HRC in 2021. 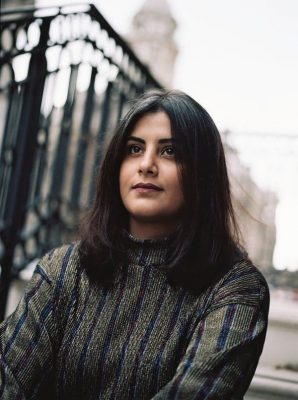