Seven American Senators raise their concerns regarding the troubling human rights record in Bahrain through a letter sent to the Secretary of State Antony Blinken.

The Senators added that “For the past decade, the State Department and major human rights advocates have detailed a long list of serious and ongoing human rights abuses in Bahrain.”

The Senators  further asked a series of questions to the Secretary of State about actions taken regarding the human rights record in Bahrain. 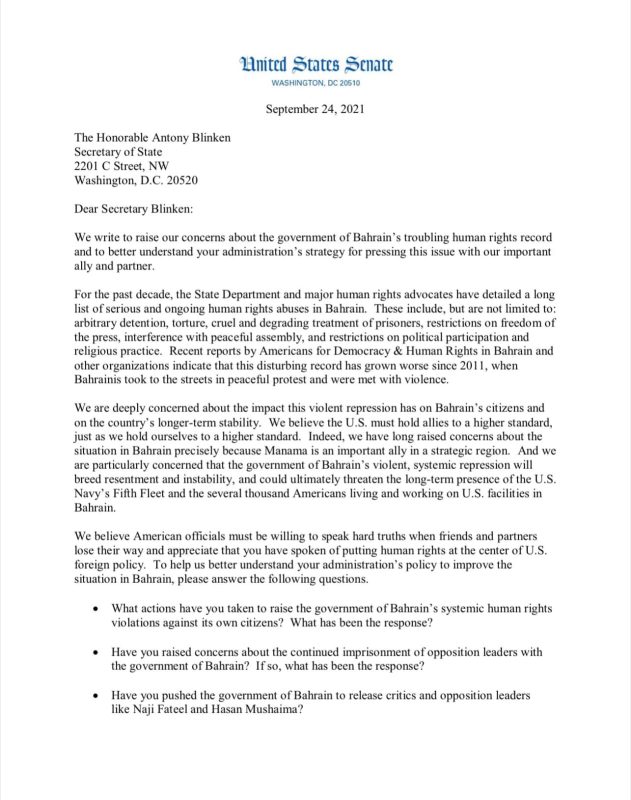 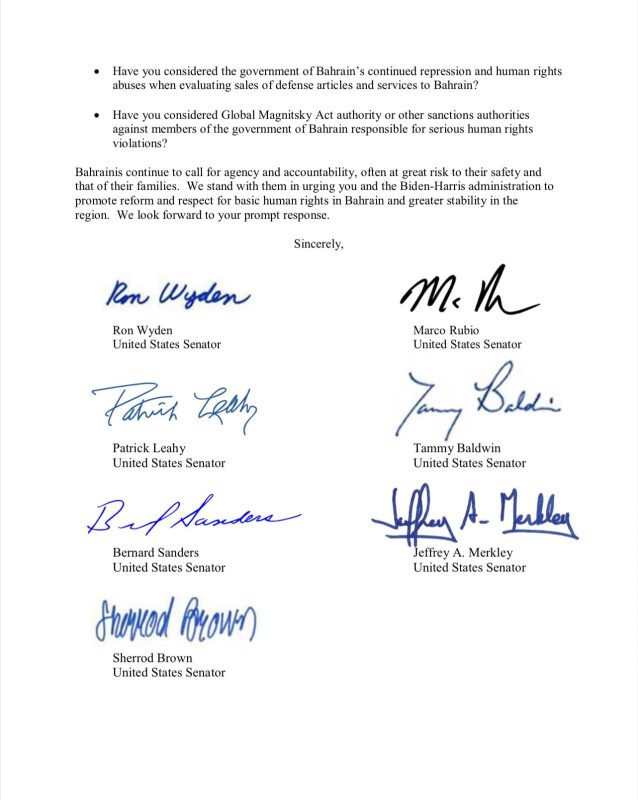 The plight of women’s rights campaigners in Bahrain and Jordan is in the spotlight after new revelations ...

Bahraini activists commemorated the tenth anniversary of the 2011 pro-democracy uprisings amid heavy repression, including ...

Pursuits Beyond the Border We Will Get You Wherever You Are