A major COVID-19 outbreak at Jaw prison in recent weeks is a stark illustration of Bahraini authorities’ failure to respect minimum rules for the treatment of prisoners and to ensure prisoners’ rights to health, Amnesty International said today.

Testimony from prisoners’ family members indicates there have been scores of cases among prisoners and paints a bleak picture of prison conditions – already dire due to overcrowding – casting serious doubt on the government’s recent claims that the outbreak is under control.

Prisoners were not provided with face masks or hygiene supplies and other preventive measures, such regular screening tests, were never put in place. There has been little transparency from the prison administration about numbers of COVID-19 cases and sick prisoners have faced restrictions on communicating with their families.

“The Bahraini government and prison authorities have a clear duty to guarantee the right to health of those in detention and protect them from the risk of infection. They must not gamble with the lives of those in their custody. The authorities must ensure all prisoners are provided with face masks and adequate hygiene supplies, that they can keep physical distance and are tested regularly,” said Lynn Maalouf, Deputy Director for the Middle East and North Africa at Amnesty International.

In light of the pandemic, it is particularly critical to address the longstanding overcrowding at Jaw prison given the difficulty of ensuring physical distancing.

Bahrain’s Ministry of Interior first disclosed the outbreak on 23 March, stating that there were three confirmed cases. It has not subsequently released any updated information on the number of infections.

Between 31 March and the date of publication, Amnesty International spoke to family members of six prisoners. Using an online testing status system on the Ministry of Health’s website, family members told the organization they were able to verify scores of confirmed COVID-19 cases among prisoners. Prisoners’ families and Bahraini human rights activists provided Amnesty International with matching lists including names of more than 70 prisoners that they believe have been infected.

Overcrowding remains a major problem at Jaw prison despite the release of nearly 1,500 prisoners in March 2020 due to the pandemic. None of the 12 unjustly imprisoned civil society figures held in Building No. 7, whose immediate and unconditional release Amnesty International has called for, were released.

Amnesty International has received reports of a dozen or more prisoners being held in cells roughly three by four and a half meters. Even when not packed, prison cells fall far short of minimum international standards for floor space per prisoner. The UN Standard Minimum Rules for the Treatment of Prisoners, known as the Nelson Mandela Rules, set out the authorities’ legal obligations to reduce overcrowding, provide appropriate accommodation and ensure prisoners’ communication with their families.

“It is common to find a dozen or more prisoners being held in cells designed to accommodate eight people. The Bahraini authorities must urgently address overcrowding at Jaw prison, starting with the release of all those arbitrarily detained, including the immediate and unconditional release of all those imprisoned simply for peacefully exercising their rights,” said Lynn Maalouf.

While Bahraini authorities have taken the positive step of allowing prisoners to register for vaccination against COVID-19 and have carried out some prisoner vaccinations already, preventive measures to combat the pandemic at Jaw prison have been woefully insufficient.

Prison authorities have failed to distribute face masks or hand sanitizer to people in detention. Moreover, prisoners are not given any personal hygiene materials as a standard allotment and must purchase all such items – soap, detergent, rags, towels– from the prison commissary, known as the “canteen.”  Sayed Ahmed al-Wadaei, a human rights defender at the Bahrain Institute for Rights and Democracy, told Amnesty International that his imprisoned brother-in-law Sayed Nizar had been denied permission to visit the canteen for roughly a month and a half prior to the outbreak at Jaw. Sayed Nizar is now among those with COVID-19 at Jaw, his family have discovered by checking the Ministry of Health online system.

On 28 March, the Bahraini government claimed that all prisoners that tested positive for COVID-19 had been isolated, were being given adequate treatment and were to be allowed calls with their families “as quickly as possible”. However, families of three different prisoners told Amnesty International that they had not received the ordinary calls from their imprisoned family members between 28 March and 3 April.

“Not only have Bahraini authorities failed to disclose the full scale of the outbreak at Jaw prison, but the failure to grant many of those with COVID-19 their regular weekly calls to family has deprived loved ones of direct communication with their sick relatives and caused great and unnecessary anxiety,” said Lynn Maalouf.

Amnesty International has previously documented how prisoners at Jaw are frequently denied access to adequate health care, and insufficient facilities and hygiene supplies have been a long-term concern. On 30 December 2019, for example, the Ministry of Interior acknowledged that 57 prisoners at Jaw had caught a “skin disease.” A family member of a prisoner held in Building No. 12 told Amnesty that the cause was scabies – an infectious disease linked to living in crowded and unhygienic conditions.

Fears for imprisoned family members in light of the COVID-19 outbreak led to demonstrations in a number of Bahraini localities in recent weeks, calling for the release of prisoners. The wife of Mohamed Ramadhan, a prisoner on death row following grossly unfair judicial proceedings, told Amnesty International that both her father-in-law and brother-in-law had been summoned to a police station for questioning following their participation in a peaceful protest in the town of al-Dair. 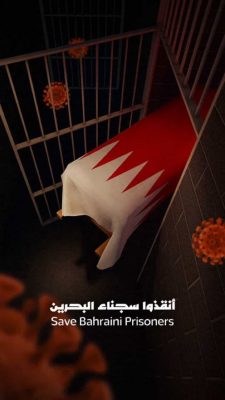 Amnesty: Death of prisoner a warning for Covid-19 failings in Jaw Prison

The death of an inmate at Bahrain’s Jaw prison following a second Covid-19 outbreak highlights ... 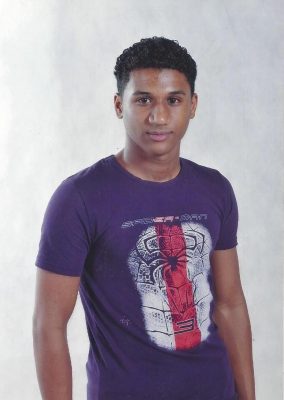 In response to the news that Mustafa al-Darwish could face imminent execution after his case was referred ... 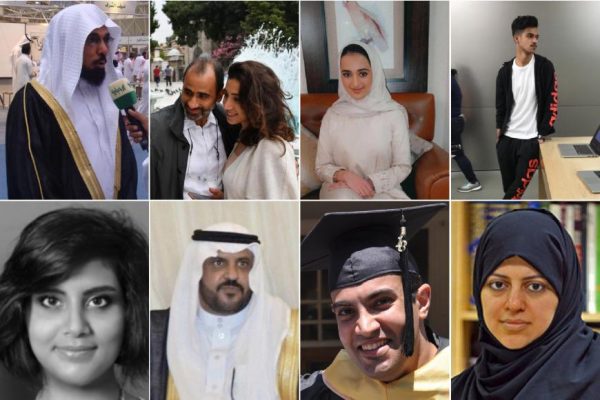 Three Bahraini human rights organizations commend the statement issued by the Office of the United ...